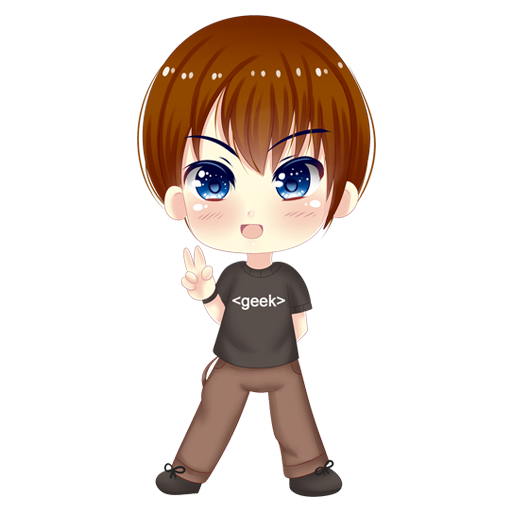 Welcome to my online CV 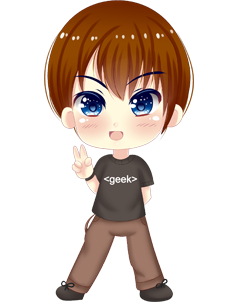 An enthusiastic, responsible and talented individual, with a great passion for anything technical. Capable of working in a team and has proven leadership skills. He is also hard-working, organised, and a great independent learner. He is determined to seek the best/most appropriate solution to a given problem even if it means more work. He enjoys problem solving and technical challenges as well as having an eye for detail.

Coventry University
PhD - Deep Artificial Neural Networks
I am currently undertaking a PhD at Coventry University in the field of Computer Science and Artificial Intelligence. In particular, my PhD looks at invariance in object recognition and how the problem might be solved using Deep Artificial Neural Networks. An invariant neural network would be capable of taking images that have variations such as rotation, shift, and scale, while still being able to recognise the object in an image. My thesis focuses on the rotation aspect of invariance and uses a Deep Convolutional network to consider solving the problem. My PhD is scheduled to finish at the end of September 2017

Open University
While studying for A Levels, I undertook some Open Univerity level 1 modules through a scheme on offer at my school that allowed sixth formers to study a number of OU modules for free.

Hugh Christie Technology College
GCSE's & A Levels
Hugh Christie Technology College was the secondary school that I attended and completed my GCSE’s and A Levels at. During my time at Hugh Christie, I got the opportunity to work as a Head Boy, and as a Lunch Time Monitor (paid). The school also gave me contacts though the student council to take up a term as a member of the Kent Youth County Council. My A Levels Include: My GCSEs Include:
Experience

Coventry University
Assistant Lecturer
I am currently the equivalent of an assistant lecturer at Coventry University and teach for 6 hours a week alongside my PhD degree. I teach on programming based modules and group based modules, typically for first-year students. Over the 3 year period, my responsibilities have involved leading lab sessions, helping to create support guides for students, being a tutor for students, and marking student work.

Coventry University
Student Advocate
I am currently a student advocate a Coventry University and have been one since my first year at the university. Over the years my roles have changed and evolved, but have included laptop/iPad management, open days, open day management, various events, and assisting the marketing department. Currently I mainly only work open days due to time restrictions with my PhD.

Coventry Univeristy
Student Proctor
During the second and third years of my undergraduate program, I helped in lab sessions for programming modules as a student proctor. A student proctor is like a teaching assistant and involves helping first-year students in their labs. Though this role does not involve marking, on an occurrence where a module leader was ill, I assisted another Assistant Lecturer in creating an online in-class test.
Achievements and Award

Summited Mt Kilimanjaro
In the summer of 2012, I travelled to Tanzania and summited both Mt Meru and Mt Kilimanjaro. I spent 6 days on Mt Kilimanjaro and 3 days on Mt Meru before hand for acclimatisation. I completed the trip in a group of 21 people from Kent Scouts. Before departing for the trip, I raised over £300 for Cancer Research UK. More information at http://kili.erikbarrow.com

Summited Mt Fuji
During my trip to Japan in 2015 for the World Scout Jamboree, I travelled to Mt Fuji to climb to the summit. The climb took 2 days to ascend and descend. I blogged during this trip and more information can be found on my facebook page: https://www.facebook.com/erikgoesjapan/

Best CEM Presentation
Faculty of Engineering, Environment, and Computing Research Symposium - Coventry University
I was awarded best presentation in the school of Computing, Electronics, and Mathematics at the 20017 faculty research symposium for my presentation on SelectiveDropout in Deep Learning.

Explorer Belt
Expedition to Spain
During the Easter of 2014, I undertook my Explorer Belt in Spain as part of a team of three people. The explorer belt is one of the top awards in scouting, residing below the Queen Scout Award. The award involves travelling to a foreign country and undertaking a large project and a number of smaller tasks given to our team 24 hours before departure. You can find more information from my facebook page for this trip here by clicking here.

Best Special Interest Society
CUSU Societies Awards
The Anime and Manga society that I ran from 2016-2017 won an award for being the best special interest society at Coventry University Students Union. The society was also shortlisted for the Most Improved society of the year.
Volunteering

Anime and Manga Society
President
During my time at Coventry University, I was the president of the Anime and Manga Society. During my presidency, I gave the society a “makeover” which involved creating branding for the society and starting up termly competitions and quizzes. The society greatly increased in numbers from previous years and is currently nominated for a number of awards at the students unions annual societies ball.

Salsa Society
President
As a founding member of the Salsa Society, I spent time as both the treasurer and president for the society concurrently. As the president of this society, I managed the day to day running of the society and student union paperwork.

Salsa Society
Treasurer
As a founding member of the Salsa Society, I helped start up the society as treasurer. I managed the society funds and dealt with producing the society logo and ordering society t-shirts and membership cards.

Assistant Scout Leader
I was a scout leader for my local Scout group in Edenbridge, Kent. This role involved helping plan and run meetings and taking part in scout camps for my troop. Gradually my role with the group diminished as a started university with me helping the troop during my university holidays. Since starting my PhD I have had less holiday time and have transitioned to an occasional helper for the troop, helping where I can.

23rd World Scout Jamboree - Japan
Jamboree Planning Team (International Service Team)
In 2015 I was a member of the International Service team at the 23rd World Scout Jamboree in Japan. The Jamboree is a large scouting camp with scouts from all over the world, getting together for a two week period. Jamborees happen every 4 years like an Olympics and consist of 20-40 thousand scouts. At this Jamboree, I worked as part of the IT team in the welcome centre. This involved welcoming people to the camp site and issuing ID cards to scouts and visitors.

22nd World Scout Jamboree - Sweden
International Service Team
In 2011 I was a member of the International Service team at the 22nd World Scout Jamboree in Sweden. The Jamboree is a large scouting camp with scouts from all over the world, getting together for a two week period. Jamborees happen every 4 years like an Olympics and consist of 20-40 thousand scouts. At this Jamboree, I worked as part of one of the sub-camp teams. My team was involved in running an international friendship award for the attendees of the Jamboree.

New Wizards Showcase
Assistant Organiser 2016 & 2017
New Wizards is a yearly showcase run a Coventry University to show off work from Computing students to potential employers. I helped to run and organise the day by managing the logistics of setting up the show, as well as setting up and running the website for the showcase.

Kent Youth County Council
Council Member
During my time at Hugh Christie, I was voted in to the Kent Youth County Council in Maidstone for a term of 2 years. During my 2 year term I campaigned for “Votes at 16” and for free/discounted transport for young people in school across Kent.
Hobbies
Scouting
I have been part of the scouting movement since the age of 6 when I was a Beaver Scout. My family on my father’s side have a strong link with scouting with a majority of family members being actively involved in scouts. Most of my international experience comes thanks to international camps and jamborees I have taken art in through scouting. In 2007 I took part in my First World Scout Jamboree as a participant. This Jamboree was hosted in the UK for the 100-year anniversary of scouting but involved home-hospitality in Switzerland.
Wine Making
I enjoy making wine in my spare time. The winemaking process can involve a great amount of time and patience for making quality wine, and I enjoy making fruity sparkling wine using traditional methods.
Japan / Anime
I have a love for Japan as well as the Anime and Manga culture. I have been a member of my Universities Anime and Manga society as well as have taken multiple trips to Japan for scouting and academic conferences. Japan is one of my favourite places to visit and feel I relate closely to the Japanese culture and ethics.
YouTube
I enjoy making YouTube videos in my spare time. I have a YouTube channel that consists of unboxing mystery subscription boxes and travel video blogging. You can visit my channel here: http://hypertora.com/youtube
Salsa Dancing
I enjoy salsa dancing in my free time and attend weekly lessons and social dancing sessions. Though salsa I have met many people and made many new friends at a time that had been difficult to meet new people while working on my PhD. After attending salsa for a year I helped to set up the Salsa Society at Coventry University, which is listed in my volunteering section.
Professional Memberships
British Computing Society
Student Member
IEEE - Computational Intelligence Society
Student Member
Asia Pacific Neural Network Society
Student Member
Cerifications

GNAS Qualified Archery Leader
Grand National Archery Society
I became an Archery Instructor through Scouts to enable me to run and lead Archery sessions with young people. I ran multiple sessions during the three years my qualification was valid, but with university, I became unable to continue running enough sessions to justify renewing my qualification. After university, I hope to find the time to regain my qualification again.
Configuring Windows Server 2008 : Network Infrastructure
Microsoft Certification
I became a Microsoft Certified Technology Specialist while studying my CISCO IT Diploma at Hugh Christie Technology College.
Back to top

It’s been my pleasure to work with him

I’ve worked with Erik for over two years, finding him to be professional and passionate in both his teaching and research. The events he’s organised, that I have attended, have been highly professional and a credit to his organisational skills and initiative. It’s been my pleasure to work with him, in my opinion he’s been a real asset to the university, and I have no hesitation in making a strong recommendation for him.

No task or request is too much trouble

Over the last 5 years that I have known Erik Barrow he has proved to be one of the most diligent and supportive student advocates that I have had the pleasure to work with. No task or request is too much trouble and they are always carried out perfectly first time without need for further support or correction. I am sure that whatever field Erik decides to work in he will be a huge asset to that company.